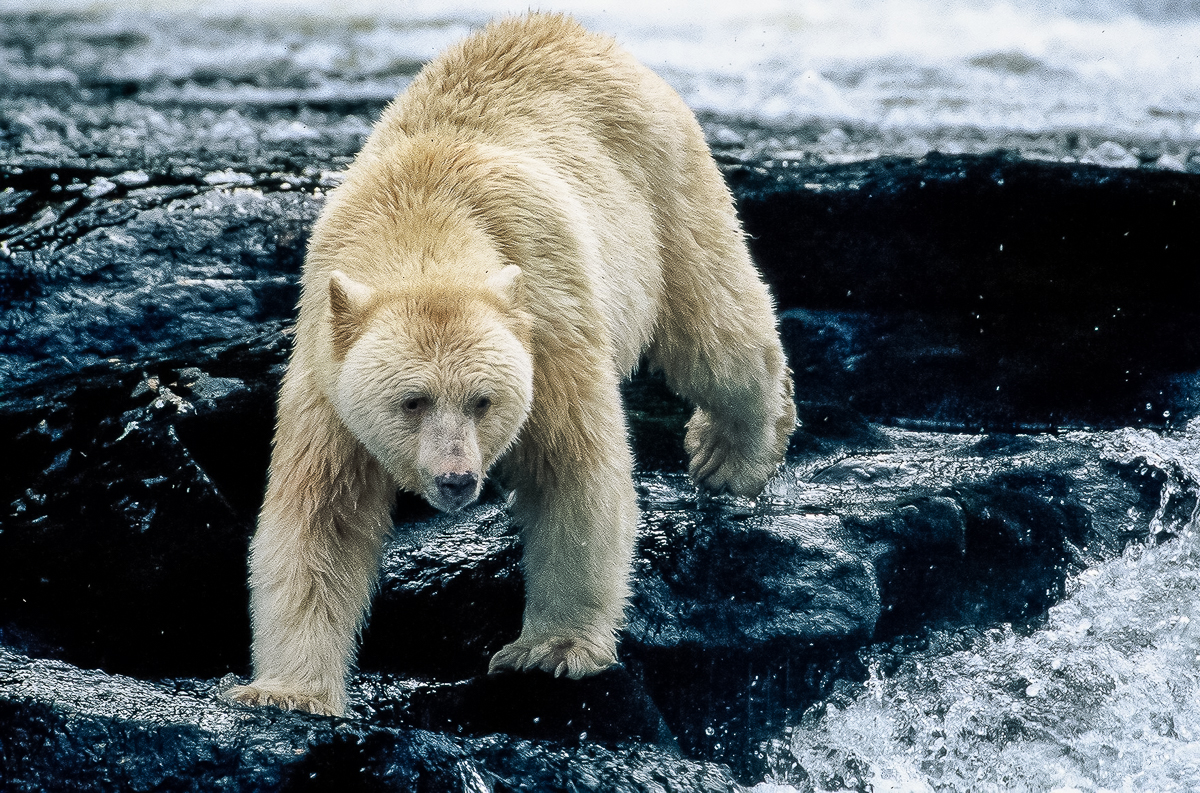 Six million young people from every corner of the globe and from every walk of life chose to learn about the plight of an endangered bear – Canada’s white Kermode, also known as the spirit or ghost bear.

The lessons they learned dared them to listen to diverse, divergent perspectives ensuring that their collective voices did more than shine a light on a problem, but offered up solutions of their own. Their solutions were imperfect, just like the movement, but when all was said and done, they helped create the conditions that saved the bear.

It was a campaign that never sought to create enemies. By working to heal the wounds that divide, this movement was able to work collaboratively with diverse stakeholders to create a lasting solution that could make every Canadian proud.

With the spirit bear saved, the Youth Coalition was able to put itself out of business, for it completed its mission, but its legacy remains. When we learn, listen and act, anything is possible. It’s this enduring belief that inspired Jill Cooper – an accomplished educator – and Simon Jackson – an award-winning storyteller – to spend nearly a decade immersed in nature, documenting remarkable stories that showcase the fragility and the resilience of our biodiversity. Throughout their journey, they’ve travelled to small town Saskatchewan and big city Toronto and everywhere in-between to share their tales and listen to what citizens think about the environment. The takeaway? Nature unites us all. By making the seemingly irrelevant relevant, it’s possible to showcase that nothing is black and white and, through better education, a more thoughtful and engaged citizenry is possible – one that intrinsically knows that nature matters. It’s this journey that informed this ideal and it’s this ideal that is the foundation on which Ghost Bear Institute is built. 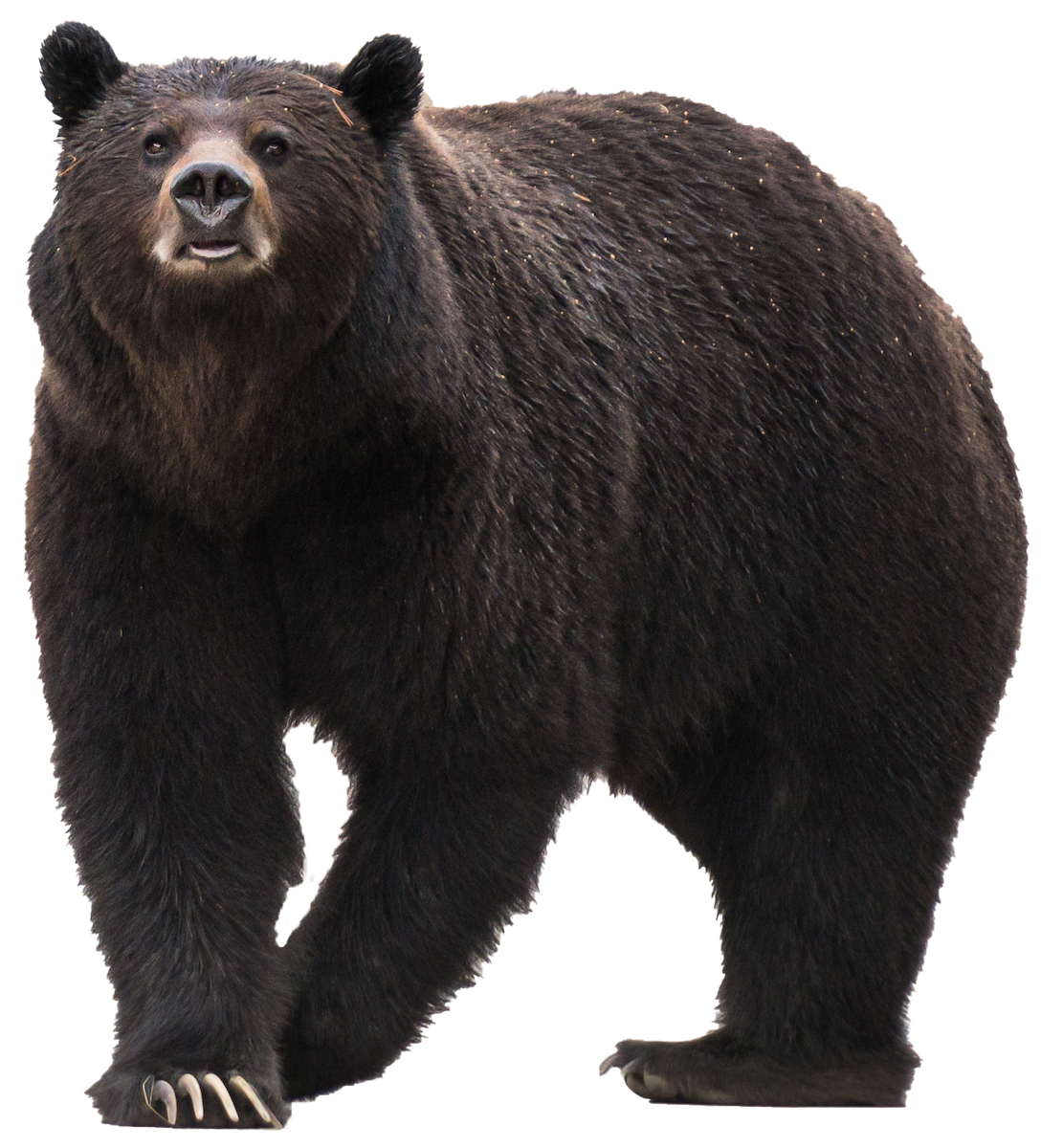 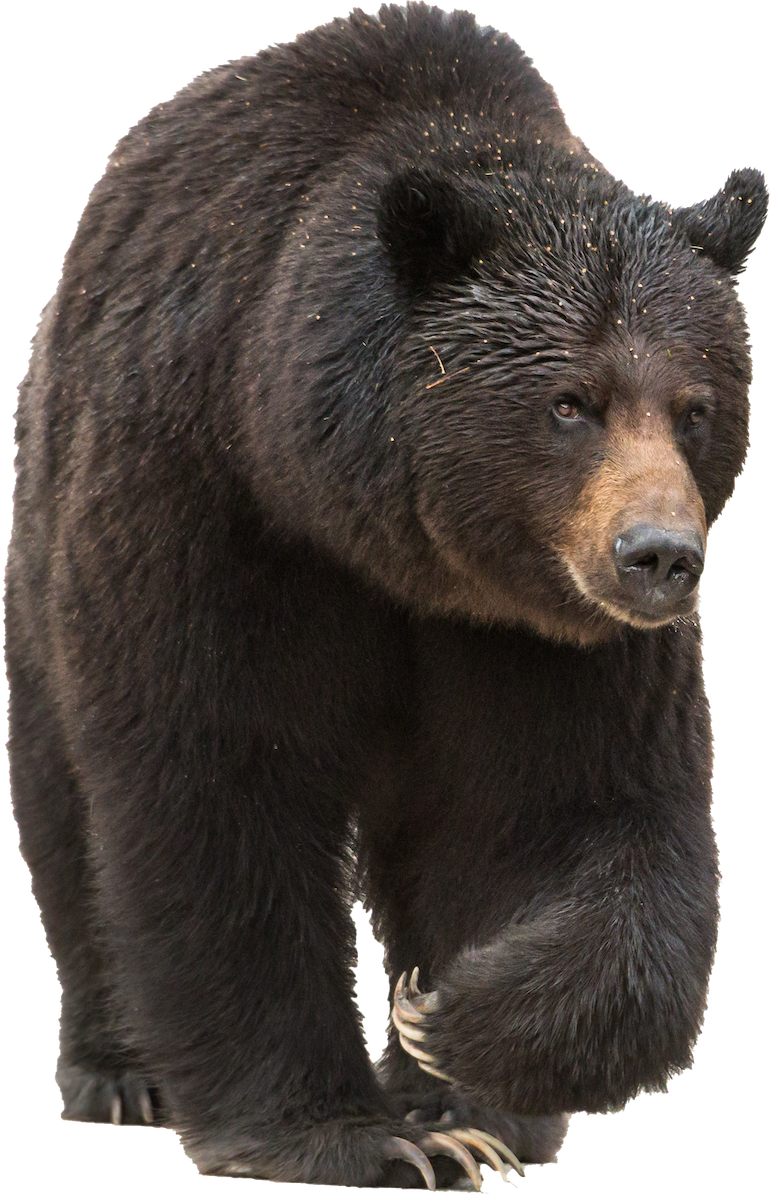 GROWING UP IN RURAL ONTARIO, JILL DISCOVERED HER PASSION FOR THE OUTDOORS AT AN EARLY AGE AND REALIZED IN HER TEENS THAT HER PROFESSIONAL CALLING WAS IN EDUCATION.

For a decade, Jill worked to create connections between technology and nature as a high school geography and media arts teacher, promoting experiential education and leading numerous excursions, including a science-focused field trip to Nicaragua. When she found resource gaps, Jill worked to fill them – first off the side of her desk and eventually in the full-time pursuit of system-wide education resource development. Jill has advised the establishment of a school council for the Jane Goodall Institute of Canada and helped design of the Spirit Bear Youth Coalition’s award-winning education program. And for the Banff Centre for Arts and Creativity she worked to build a new multi-faceted training program that seeks to better equip teachers to execute STEAM techniques. No matter the project, Jill’s hallmark has been an approach that strives to be fair in her research and communication: Presenting unbiased facts to ignite a passion in others to think critically, work collaboratively and demand better of themselves and our world. For each endeavour Jill has journeyed, she has proven an understanding of how to develop innovative programming from development to curriculum integration to classroom implementation. Jill’s unique insight is at the heart of Ghost Bear Institute’s work and the driving force behind Nature Labs’ design – for only a teacher knows what a teacher needs.

SIMON IS A STORYTELLER, CONNECTOR AND MOVEMENT BUILDER WHO HAS DEDICATED HIS LIFE TO FINDING A BETTER BALANCE BETWEEN THE NEEDS OF PEOPLE AND NATURE.

At the age of 13, Simon founded the Spirit Bear Youth Coalition in the quest to unite the voice of young people to save Canada’s endangered white Kermode or spirit bear. Through the Youth Coalition, Simon led the campaign that helped raise international awareness about the plight of the rare bear, transforming the organization into the world’s largest youth-led environmental movement with a global network of more than 6 million in over 85 countries. After almost two decades of work, the spirit bear is now saved, with its last intact habitat having been set aside from development through one of the largest land protection measures in North American history. Simon has received several honours for his work to save the spirit bear, including being awarded Queen Elizabeth II’s Diamond Jubilee Medal, being named as one of the 100 Angels of the Earth by UNESCO and, most notably, being honoured as one of Time Magazine’s sixty Heroes for the Planet – one of only six young people selected from around the world. His life’s work was the focus of an internationally televised movie, Spirit Bear: The Simon Jackson Story. Simon is an accomplished motivational speaker with agency Speakers’ Spotlight and an award-winning photographer and a widely published writer. Having contributed images and chapters to eight books, he has also had hundreds of essays and opinion editorials published in newspapers, magazines, academic journals, web sites and textbooks around the world – many underpinned by his photography. Simon has served as a columnist for CBC.ca and the Huffington Post and recently co-authored the book A Geography of Hope: Saving Primary Forests. His writing led him to being named a Fellow of the International League of Conservation Writers. His varied work has enabled Simon to travel coast-to-coast-to-coast to share the lessons from his journey, as his powerful story is a reminder that one person can make a difference. Indeed, Simon’s storytelling ability, combined with his understanding of how successful movements are built, is the foundation on which Ghost Bear Institute and Nature Labs is built.

Libby Garg is from BC’s Okanagan Band, and grew up in BC’s rural Shuswap and Okanagan Valleys. She credits her work ethic, as well as deep love and admiration for animals and nature, to growing up on a working dairy farm.

Libby Garg holds a Bachelor of Commerce and Economics, as well as a Juris Doctor from the University of British Columbia. In 2010, while still in law school, Libby was the co-founder and the managing partner of the private investment partnership DGH Capital. Most notably, Libby led the strategy that invested in Facebook prior to its IPO, as well as Privateer Holdings. Libby left the practice of law in 2016 to return to entrepreneurial pursuits in opening her first quick service restaurant, Freshii. Her location is one of the top performing stores measured by sales. Building on her expertise in the quick service restaurant industry, Libby founded WorkSolute, a payroll company that services industries with high employee turnover, and hourly waged based employees. WorkSolute won the Ignite Business Competition in 2016, which provided initial start up capital. Relying primarily on organic growth, the company is now forecasted to pay approximately 1200 employees per pay period this year alone. In addition to being Vice-Chair of Ghost Bear Institute, Libby sits on multiple boards in both her business and personal communities – and believes that the world would be a better place if more people were like animals. In her free time, she enjoys exploring Toronto with her husband and their dog Jack, a rescued pug-russell. And Libby’s favourite animal? “I admire the beaver for their ability to rebuild their home quickly when it is torn down. It shows a level of perseverance and ability to adapt quickly to adverse circumstances. Two others are meerkats or weaver ants – I admire both for their ability to function in a highly social environment and achieve goals for the betterment of the group by working together.”

Mehernosh Pestonji was born in India and came to Canada in 1972 as a landed immigrant. Those first formative years growing up in a developing county, as well as his subsequent visits to India, Cambodia, Tanzania and other far-flung corners of the world, sparked his life-long passion for social justice, environmental issues and community development.

This passion has infused Nosh’s teaching and related professional pursuits during a diverse, three decade-long career in public and independent schools, including teaching exchanges in England and Thailand. He has taught in elementary and secondary schools, and is a co-founder of T.E.A.M. Project Milliken, an award-winning project-based alternate education program for at-risk youth. In 2002, Nosh moved to the independent school system, as a Geography teacher, later taking on the role of Director of Outreach and developed a dynamic and diverse Outreach Program. Whether introducing elementary students to the wonders of Mayan civilizations, leading urban teenagers in back-country canoeing expeditions, exploring contemporary world issues with Grade 12 students, or leading Learning Service Expeditions around the world, Nosh has worked to help students expand their environment and the world view. He is a strong believer that helping rising leaders gain new and different perspectives is at the heart of personal transformation and fundamental to creating a more thoughtful society. It’s also proven to be one of the most exciting and rewarding aspects of his life’s journey. And Nosh’s favourite animal? “I like Elephants because they are calm, gentle, confident and, to me, seem humble. They are powerful and yet gentle. When they set their mind to doing something, they commit fully until the task is done. I also really like their almond shaped eyes. To me, they have always had a wise human quality to them.”

Amanda Gierling is a Chartered Professional Accountant, who works at the Office of the Superintendent of Financial Institutions. Previously, Amanda spent four years at Ernst & Young LLP while studying for her accounting designation, where she gained extensive experience serving clients in the not-for-profit sector, and spent nearly a decade working at Travelers Canada, a leading property and casualty insurer. Amanda brings invaluable financial expertise to the role of Treasurer on the Ghost Bear Institute’s board, helping support the growth of Nature Labs.

As a mother, Amanda understands the need for a modern curriculum that takes advantage of current technologies and fosters a respect for nature in a way that is fun and relatable for the next generation of students. Amanda earned her undergraduate degree in management and organizational studies from Western University in London, Ontario. She currently lives in Toronto with her family. And Amanda’s favourite animal? “The fox, which is why I love your Foxy Friday posts! When I was younger and living in London, I was at the back of our property (my parents own several acres of land) and I encountered a fox kit. We were about 30 feet apart and we just sort of stared at each other for a while. It was so cute and I didn’t know what to do but observe and learn. When we each walked away, I felt I gained a deeper appreciation for my natural neighbour.”

Kerrie Blaise is lawyer and advocate based in Ontario, Canada, passionately dedicated to environmental and public interest law. After years of volunteering with many environmental non-profits, including the Spirit Bear Youth Coalition; obtaining a Masters of Science from the University Edinburgh, where she studied the marine impacts of offshore oil development; and graduating from Osgoode Hall Law School in 2016, Kerrie is honoured to join the Ghost Bear Institute as its Chair.

Kerrie continues to work in the non-profit sector, representing clients and community groups seeking to uphold the government’s commitments on environmental protection. She frequently appears before tribunals, at conferences and in consultations with government officials on issues spanning nuclear reactor safety and environmental protection, international trade agreements, natural resource use and endangered species. And Kerrie’s favourite animal? “Wolves! I love, love, love wolves. The existence of a wolf signifies so much – namely a healthy ecosystem. As recently as a month ago I was in consultation with the province about expanding the buffer zone around provincial parks to ensure the species is given more space to thrive. I could say a lot about wolves! Oh, and all mustelids, especially martens and river otters! Pine martens because they’re semi-rare, feisty and hilarious; river otters because I find them fascinating and have had many personal encounters that have inspired my love for nature.” 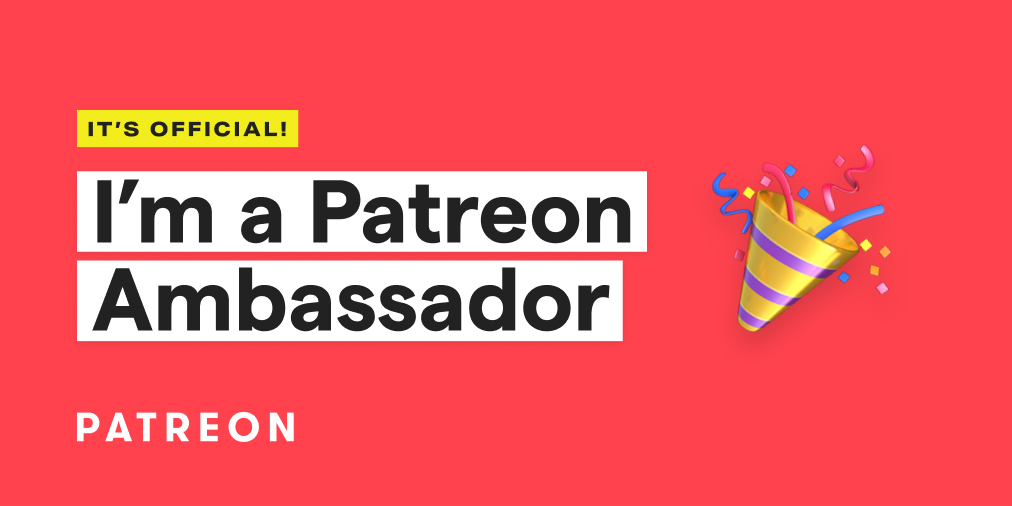